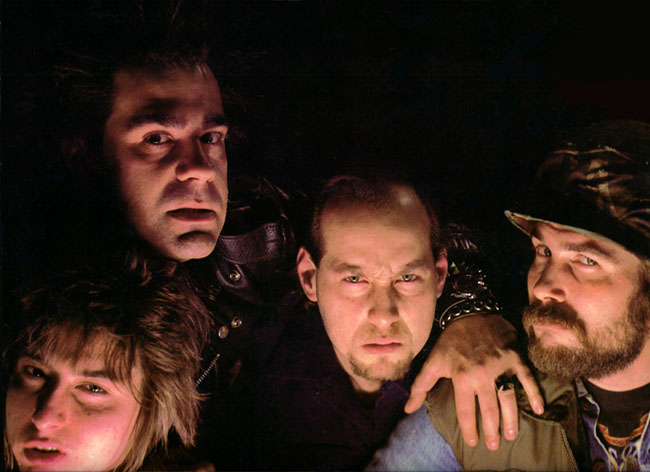 One of punk music’s most notorious bands, the Nihilistics signed with Jib Machine Records in 2021. The four-piece hardcore band, comprised of Ron Rancid, Ajax Lepinski, Doug Graves and Troy, first took on the New York scene in 1979. Among the band’s more notorious live concerts are their first-ever gig that resulted in Rancid’s arrest. The legend grew and from there the band gigged at the famed CBGB and a slew of other Manhattan clubs followed, as did several albums to their name. Their music originally appeared on the now classic New York Thrash Compilation (1982) that also featured Bad Brains and the Beastie Boys.

Jib Machine began reissuing the band’s back catalog starting in August 2021 with a remastered CD and Digital version Fuck the Human Race/Inferno. They’ve also issued the band’s self-titled LP and Merry Christmess EP digitally and will release a digital 40th Anniversary Remastered edition of their original self-titled EP in February 2022.